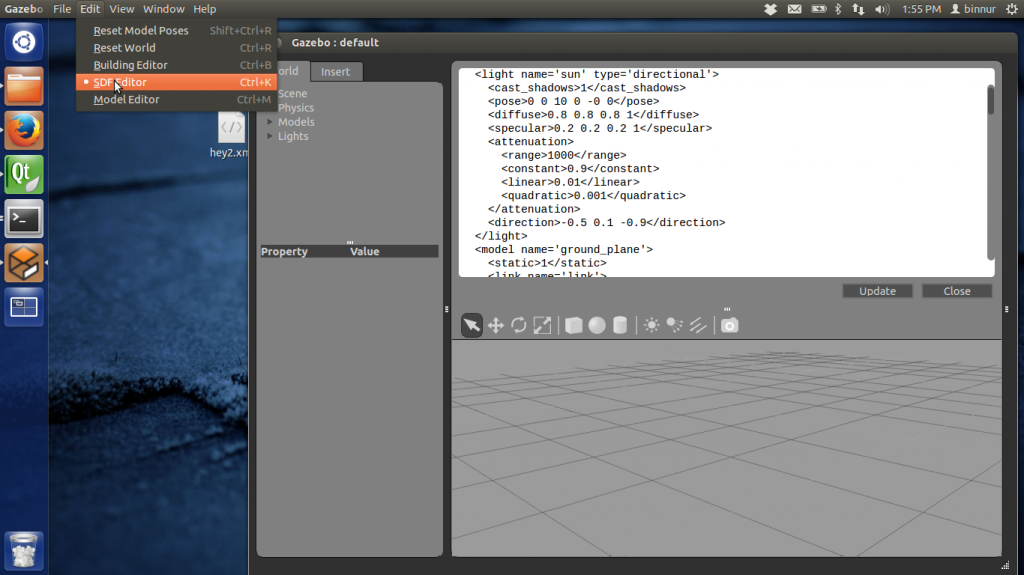 I added SDF editor under Edit Tab. When you click on this, it is opened above the rendering window. Normally, the sdf files of each model element are stored under home/gazebo folder.  However, these sdf files can be different from the ones stored in the memory while the simulation is running. Since some properties of the model elements can be changed. Therefore, the sdf file shown in the editor is loaded from the memory. It is easy to get the world model by sending a request to the Gazebo server.

In order to integrate the sdf editor to GUI, I replicate the job done for building editor. I added simple plain text editor from QT and a small palette which contains update and close buttons. The below picture shows the building editor of Gazebo which allows you create an entity in the simulation world bu using the graphical interface. My aim is to present an editor which allows you directly change the simulator model file and show the result instantaneously in the rendering window as it is done with building editor. However, sdf editor allows to create detailed models on every entity in the world not only wall, window, door and stairs. 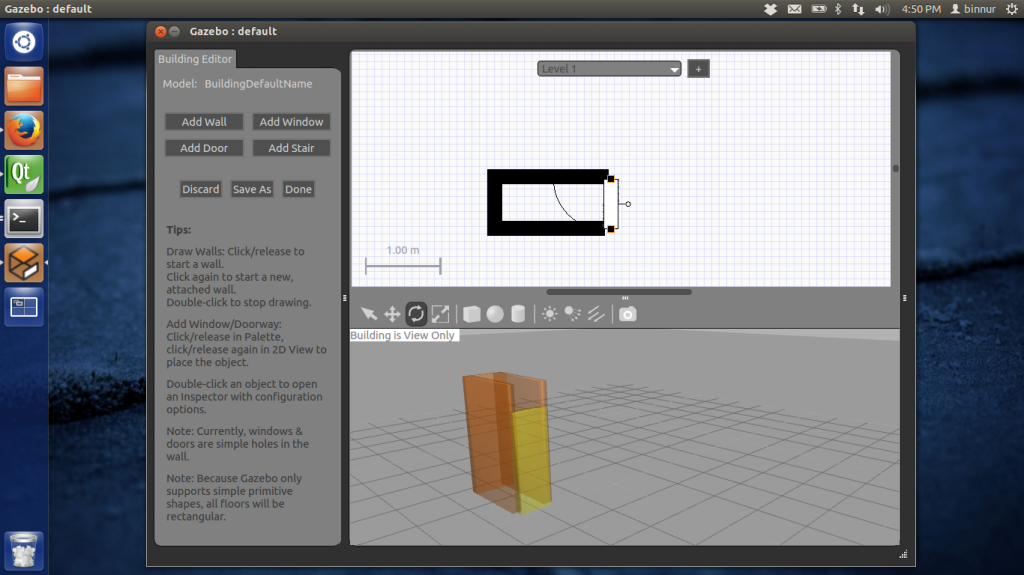 I have just accepted for the OPW internship for the 7th round. You can find detailed information about the OPW internship program and the participating organizations and accepted interns for the current period. I will work with OSRF  (Open Source Robotic Foundation) for the Gazebo project. I will integrate a SDF editor to Gazebo in order to allow changes in the model while the simulation is running. I wish I can do my best and develop a feature which the users can benefit. I feel excited to be in such a great internship period with wonderful people. Thanks to everyone for their helps in advance !